I don’t know about you, but I follow some blogs that keep me both entertained and informed, so that I want to continue to follow them on a daily basis. It makes me want to analyze why I will spend the time following them and how to translate this to my personal blog. Some of the characteristics that they have in common, include:

I purposely host a blog as a means to connect with tweens interested in blogging. Tween writers could benefit from analyzing Ethan’s FBF posts  (the 13 year old main character of my Frenchie series) for style strengths and ways to improve.  Since Ethan writes a nightly blog post (FBF- Frenchie’s Best Friend) to his French bulldog fans, he is demonstrating how a blog may (or may not) be of benefit to a tween. Middle grade educators, librarians and parents could benefit from using the blog posts from http://twocandobooks.wordpress.com as well, with their tweens.

Book #3 of the Frenchie Series is available now (Frenchie Diva- Follow the Blog) in Canada: from https://www.redtuquebooks.ca

in the USA from: 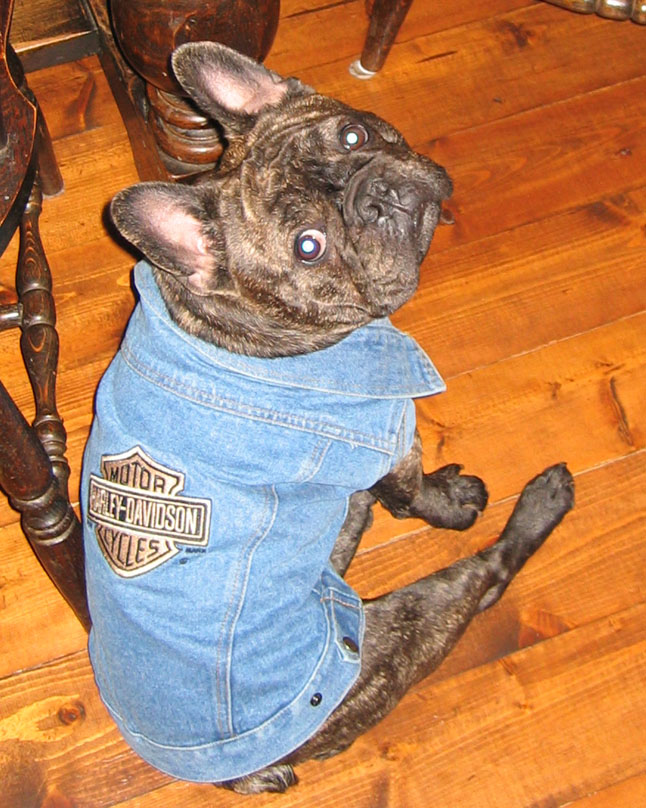 If I counted all the strikes Pierre has against him, he’d already be sent back to the French Bulldog Rescue Society. This one was the worst yet!

We were having our usual Sunday morning get together with Mr. Cooper and his English bulldog, Prince Harry, at the doggie park, when Pierre disappeared. I finally caught up to him down by the water’s edge rolling around on the back of his new playmate – a rotting, dead seal’s corpse!

Mom wouldn’t let us in the car with our distinctive (more like disgusting) odour, so I had plenty of time, walking home, to figure out how I was going to handle this one. Let’s just say, Mom was completely hysterical over it. Of course, walking was nothing; it was our stench that was problematic. People along the sidewalk were disgusted with the sickening stink invading their nostrils as we approached. Rather than the usual adoration and fawning that Pierre normally attracts, horrified pedestrians quickly avoided us the minute they figured out that we were the source of the foul smell!

While we walked home, Mom and Mr. Cooper had taken charge and set up plastic tubs and pails in the backyard. Pierre and I were forbidden to enter the house or go anywhere near Sissy and Prince Harry. Lucky for us, the day wasn’t as cold as March can be, and the sun was shining. They cornered the market on tomato juice on their way home, and both Pierre and I bathed in the stuff. Everyone knows tomato juice neutralizes the smell of skunk spray, but who knew it would work on seal rot? Mom wasn’t taking any chances. As insurance, they also bought some heavy-duty Stink-Be-Gone product from Pet Mart to rid us of our repulsive death smell.

So Pierre and I took two different outdoor baths. It’s totally weird to soak yourself in tomato juice, and Pierre was at his squirmiest. Not only were we covered in the red stuff, but Mom and Mr. Cooper were doused in it, as well, when Pierre decided to shake it off. And they had been keeping their distance! The commercial body wash smelled a lot better. It was probably perfumed to mask our disgusting smell! Whatever! I was just relieved to lose the stink.

Mom wouldn’t even discuss washing my foul clothes. They became instantly disposable and were double bagged and set outside for the garbage trucks to take away.

I had to laugh at the way Mr. Cooper, with Prince Harry in his arms, abruptly dashed for his truck the minute Pierre and I finished our baths. You could see the urgent need to escape in his eyes. He wasn’t sticking around in case the smell lingered, and he certainly wasn’t going to let Pierre anywhere near his bulldog!

Life is never dull since my little man joined the family. And prissy Sissy avoided us for the rest of the day, even though the smell really had left us, I think. (Or could it be we were just getting used to it?)

I keep waiting for Mom to lose it with Pierre, but after the putrid crisis was over,even she managed to chuckle over our latest bizarre puppy episode. I swear; she really is lightening up. Go figure!

Did this post meet any of the criteria mentioned above.  What are your thoughts?  Please leave a comment offering your opinion.  This is how writers improve their craft and I am seeking your feedback; it’s valued!