Who would enjoy these humorous reads?

How would the series benefit middle years students?

Synopsis of Mary’s Books:  Society is “gaga” over their pets. In the first book (Frenchie’s Best Friend-Follow the Blog), Ethan enlists the aid of his quirky, scheming Grandmother and a following of bloggers to realize his dream of becoming a French Bulldog owner. The story is a covert operation of misadventures processed on his nightly blog, “Frenchie’s Best Friend” unbeknownst to his over-stressed and somewhat oblivious single mother. The journey is both humorous and unnerving, as Ethan sets up a bargain “doggie wash” business in his mother’s laundry room. The story has all kinds of appeal to readers who are dog crazy themselves or … Read the rest 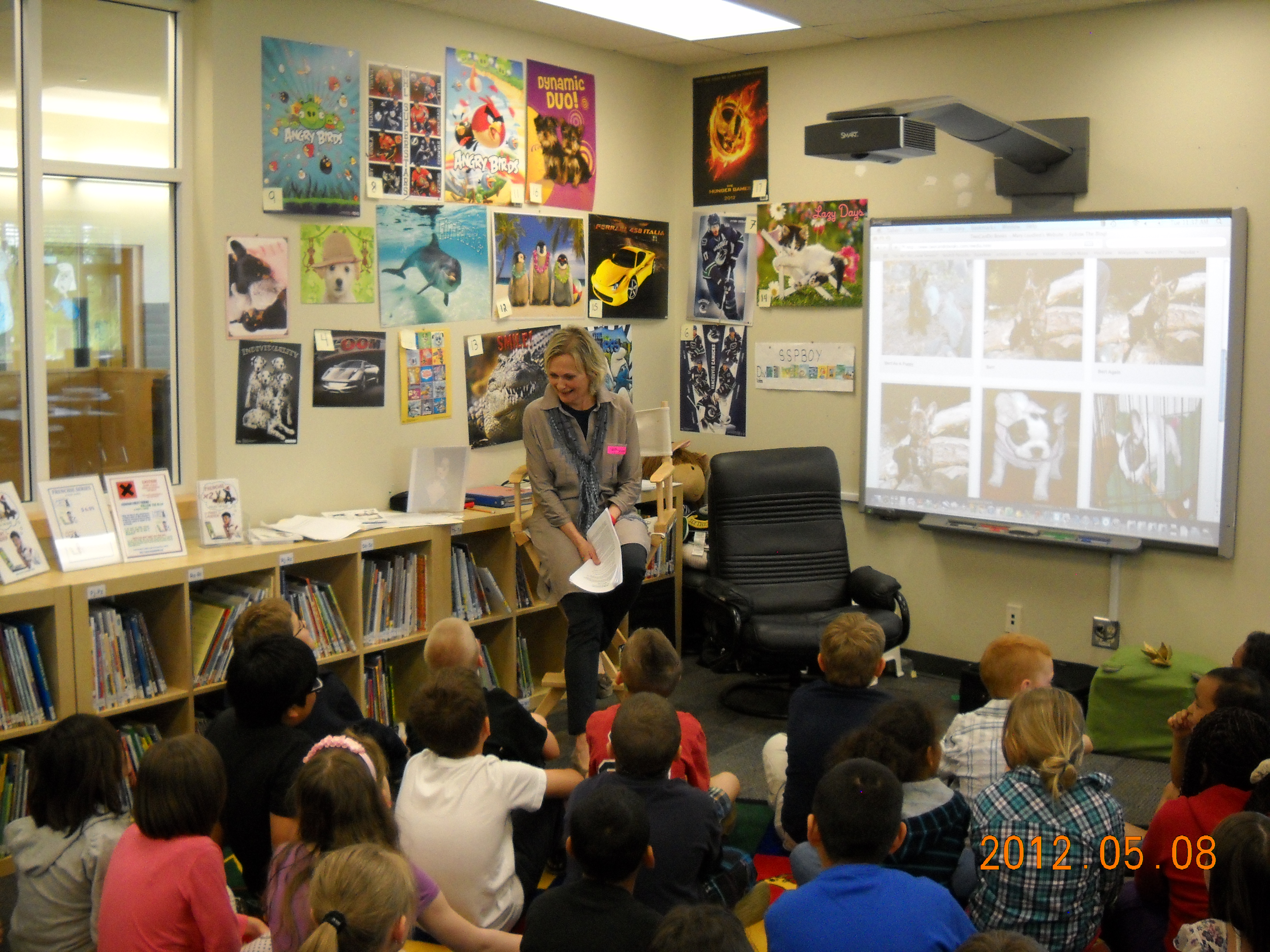 What a blast Mary Laudien had at Hazelgrove School in Surrey  last week!  The students must have read her Author Visit flyer because the Grade 4’s, 5’s and 6’s (all 300 of them!) arrived at the sessions ready to have fun.  They laughed during the blog readings, they related to the pet owner wanna-be Ethan, and they enjoyed hearing about the chaotic mis-adventures that the thirteen year old main character and his quirky and conniving grandmother get themselves into.

Sharing what inspired the author to write the Frenchie series and exploring the elements of creating powerful blogs set them up for a Give-Away Contest.  Four signed copies of Frenchie’s Best Friend-Follow the Blog were left with the teacher-librarian … Read the rest

Such a revelation!  A couple of weeks ago a neighbour mentioned  pre-booking one-on-one tutorials and group workshops at Apple Stores from an App on iPhone.  Who knew?

Travelling to Portland for a few days each month, the app was downloaded and  an early morning workshop  booking made on Social Media for Businesses.  The “buzz” and crowd generation evident in the Apple Stores had been previously mistakenly dismissed as product excitement.  Wrong!

Arriving early to the workshop, one-on-one tutorials were already in progress and a greeter  personally approached participants outside the store to invite them in.  The atmosphere in the store at seven thirty a.m. was already charged, purposeful and welcoming.  Personnel (besides the presenter) circulated making connections with participants before … Read the rest