After returning from a three-week adventure in Europe, our hostess sent me an email with the following German proverb:

It couldn’t have expressed my feelings better.

When our travel plan to Germany and Holland was hatched, it was somewhat decided on a whim. My husband decided to circumnavigate Vancouver Island over a period of 4 weeks with three other sailors. The minute my friend (and sister-in-law) heard this, she pounced. She had a strong yen to return to Germany where she still had a best friend living. My sister-in-law had lived there in another life, back in the 70’s. She asked me at the right time (I had declined the year before.) and I impulsively agreed. As I pondered my quick decision, arrangements were made. Within a flash of time, the flight tickets were purchased, Doris (her German friend) had been put on alert of our plans, and a travel agenda was organized. Of course, this was all within the 2 weeks that I was simultaneously getting ready to embark on my birthday Caribbean Cruise. Hmmm…

Doris is a whirling dervish when given a task. Once the itinerary of where we wanted to travel from was established, using her home as a base, Doris went to work. This travel agent wanna-be extraordinaire found us discount train and air tickets to our destinations and booked us boutique hotels in the four cities we hoped to explore. No arrangement was too daunting for the incredible Doris!

I’d only met Doris once before when she’d traveled to Vancouver Is. to visit my sister-in-law. There were times before leaving that I questioned my decision to go on this adventure. After all, even at my age, there could be a chance of ending up feeling like a third wheel. You know that saying, 2’s company, 3’s a crowd! Regardless of those anxious pangs of uncertainty, the trip plans moved forward. And five months later, the incredible Doris greeted us on a train platform in Dortmund, Germany!

She took one look at us and ushered the dishevelled, travel-weary twosome home to get unpacked, bathed, fed, and put to bed. One could read her expression and it was obvious that she was somewhat shocked at the size of our suitcases that would completely overtake the awaiting accommodations that she had prepared for us. I don’t think we were in the house more than five minutes, that she had us unpacking our gigantic cases and storing our “clothes on parade” in the emptied closets and bins she had set up for us.

This hospitable woman had thought of everything. She had bottled water and snacks laid out for us, in the event we awoke in the middle of the night, jet lagged and craving munchies. Oh thank you Doris… we did indeed partake and probably awoke you and your husband with our giggles, chatter, and treat-frenzied partying.

The next big surprise was walking upstairs to their dining room, where she appeared with an entire laundry basket overflowing with exotic cheeses. Just a little overwhelming for these Canadian designer girls who try desperately to eat modest meals of mostly salads and fruits. Oh no, we had incredible fresh bread (that neither of us had been eating forever!- I mean, who would after reading, The Wheat Belly), creamy cheeses, and yummy wine. Nirvana! 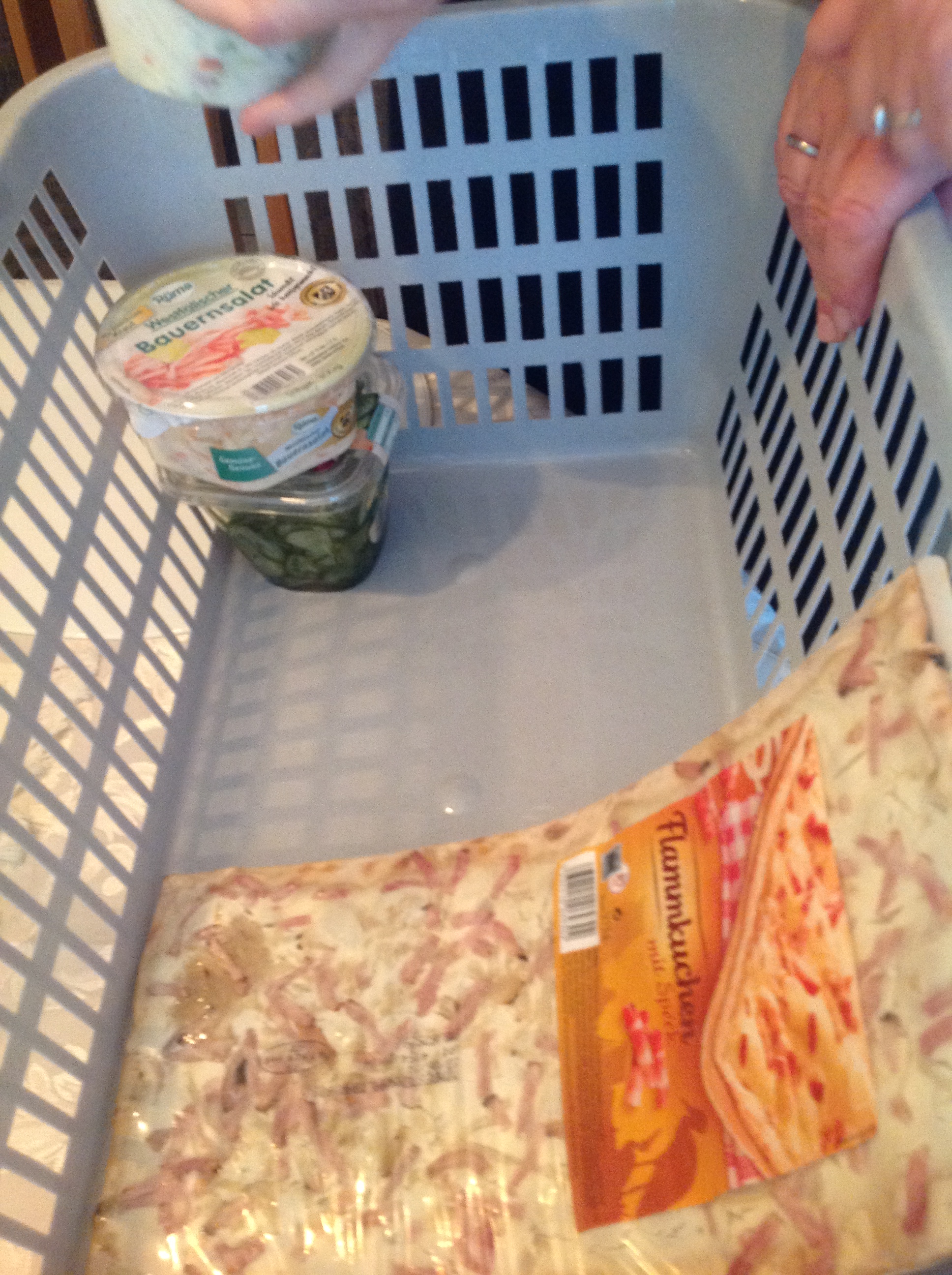 I remember going to bed that first evening, after being up those many hours, and incredulous that I had been able to follow Doris’s husband’s German throughout our conversation. Of course, by the time we hit the pillows, we were out and the best I could do was wish my travel partner a “gute nacht”. We lasted about 3 hours and then jet lag hit… of course it did. And, I must admit, that was the last time I understood anything that Bernd (Doris’s husband) said, as he didn’t like to use his English and spoke high German- far different from the Black Forest dialect to which I had been exposed (also in the 70’s). I did a lot of nodding and smiling whenever Bernd was conversing with us and let my travel partner use her impeccable language skills.

Doris made us feel so welcome in her home. She would tap on the bedroom door in the mornings to hand deliver cappuccinos! Can you believe it? Nothing was too much effort for her. She provided us with more suitable cases for our trips, and of course, insisted on laundering our clothes for us. I don’t think I have ever been so mothered in my entire life. (I’m 60 years old and I loved it!) She actually came up with a nickname for me. I became Smutje. My understanding is that this is a name given to someone who works in the tiny galley of a sailboat. Doris thought my stature was small and since I was always the one to clear the table and load the dishwasher in her somewhat space-challenged kitchen; the name struck her as brilliant. She’d get that devilish grin on her face, each time she used this suspicious term of endearment on me. 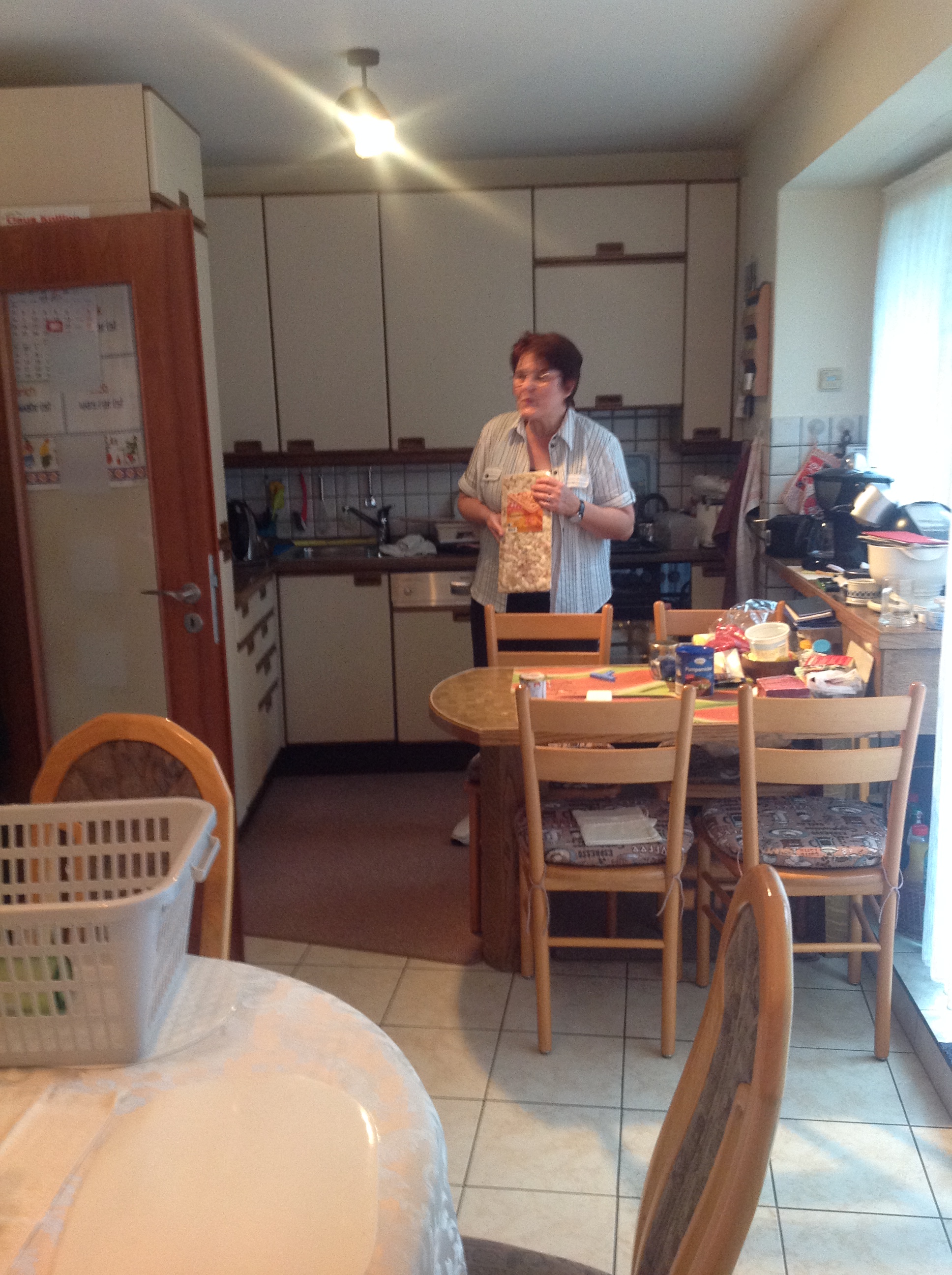 What’s great about Doris is that she not only made all these fabulous travel arrangements for us, she also came along on two of our “girl” trips. She loves Berlin and Potsdam (our first destination) and Munich (our final destination). Having her along, really cemented the friendship that she and I formed. What were some of the situations/experiences that endeared Doris to us as a friend? 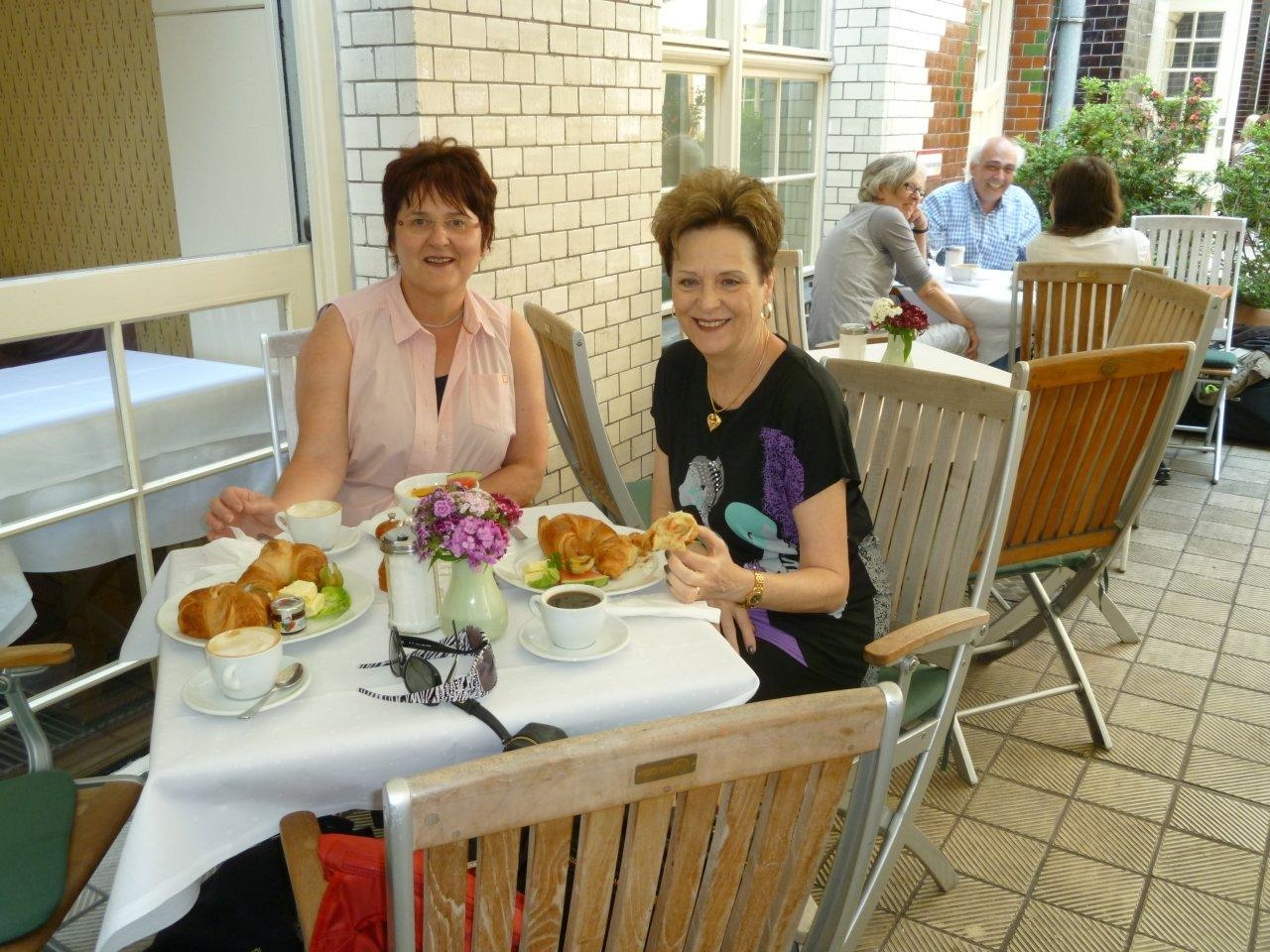 Breakfast (not cake and coffee) 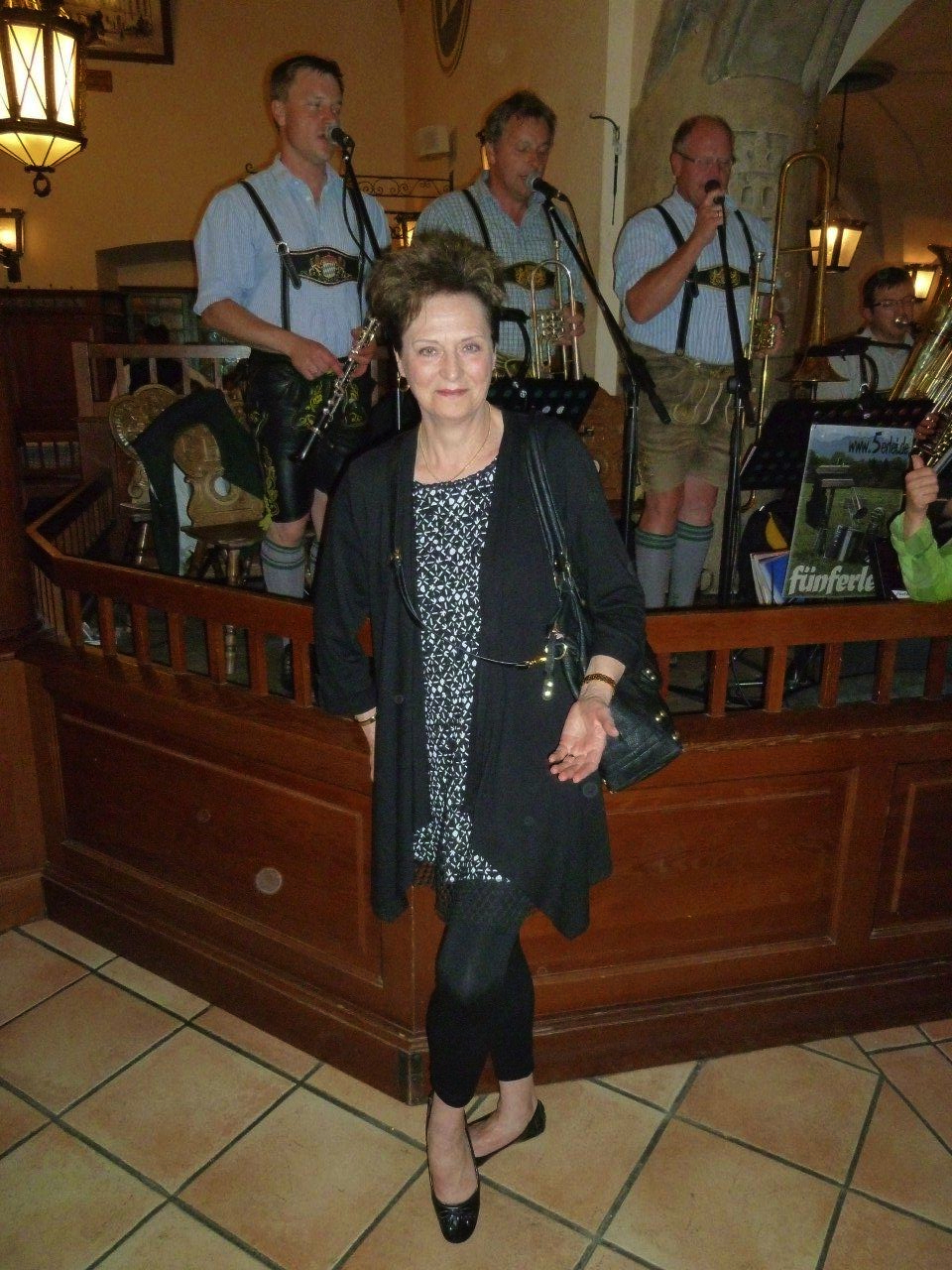 Bratwurst at the Haufbrau Haus in Munich 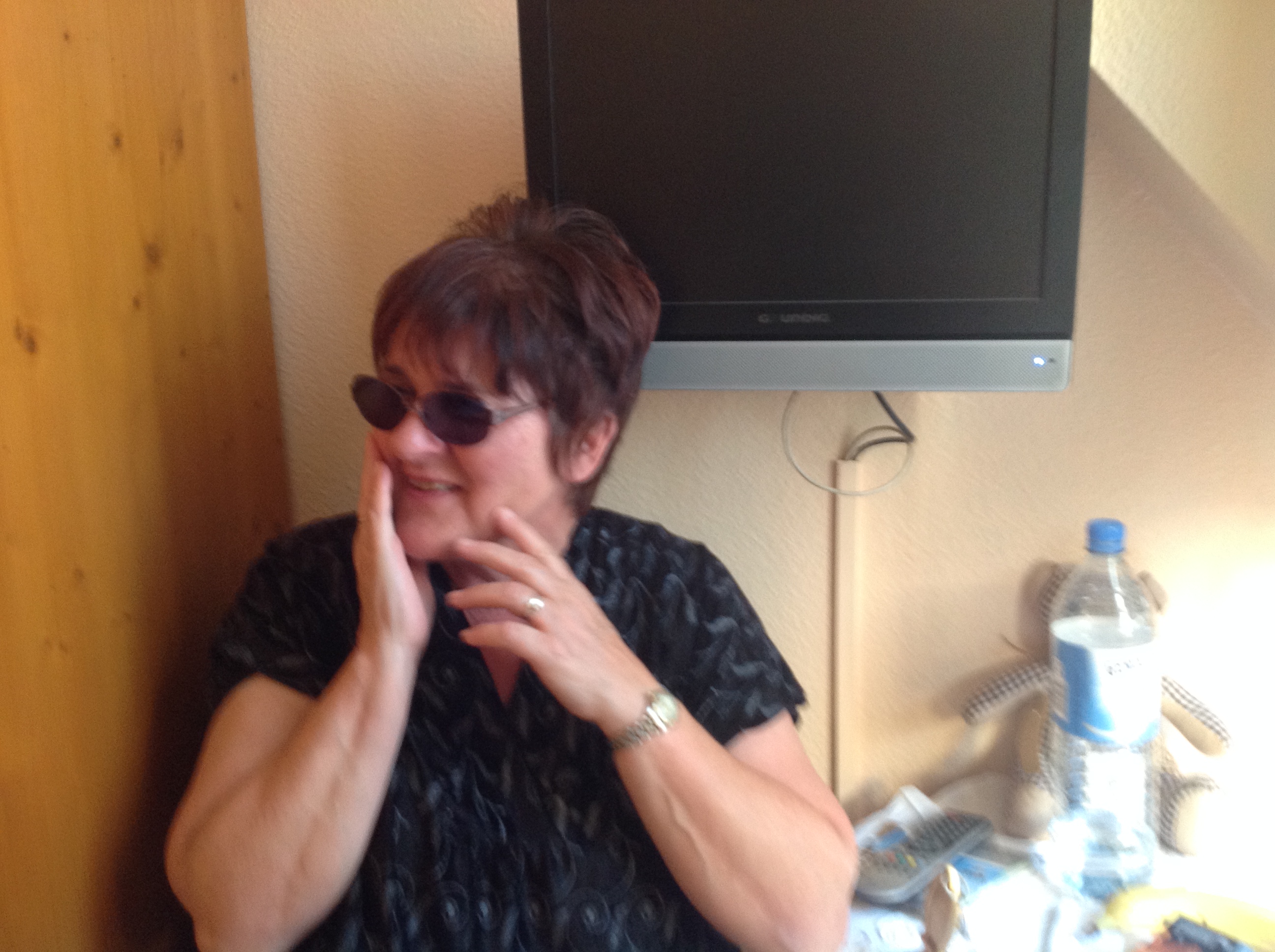 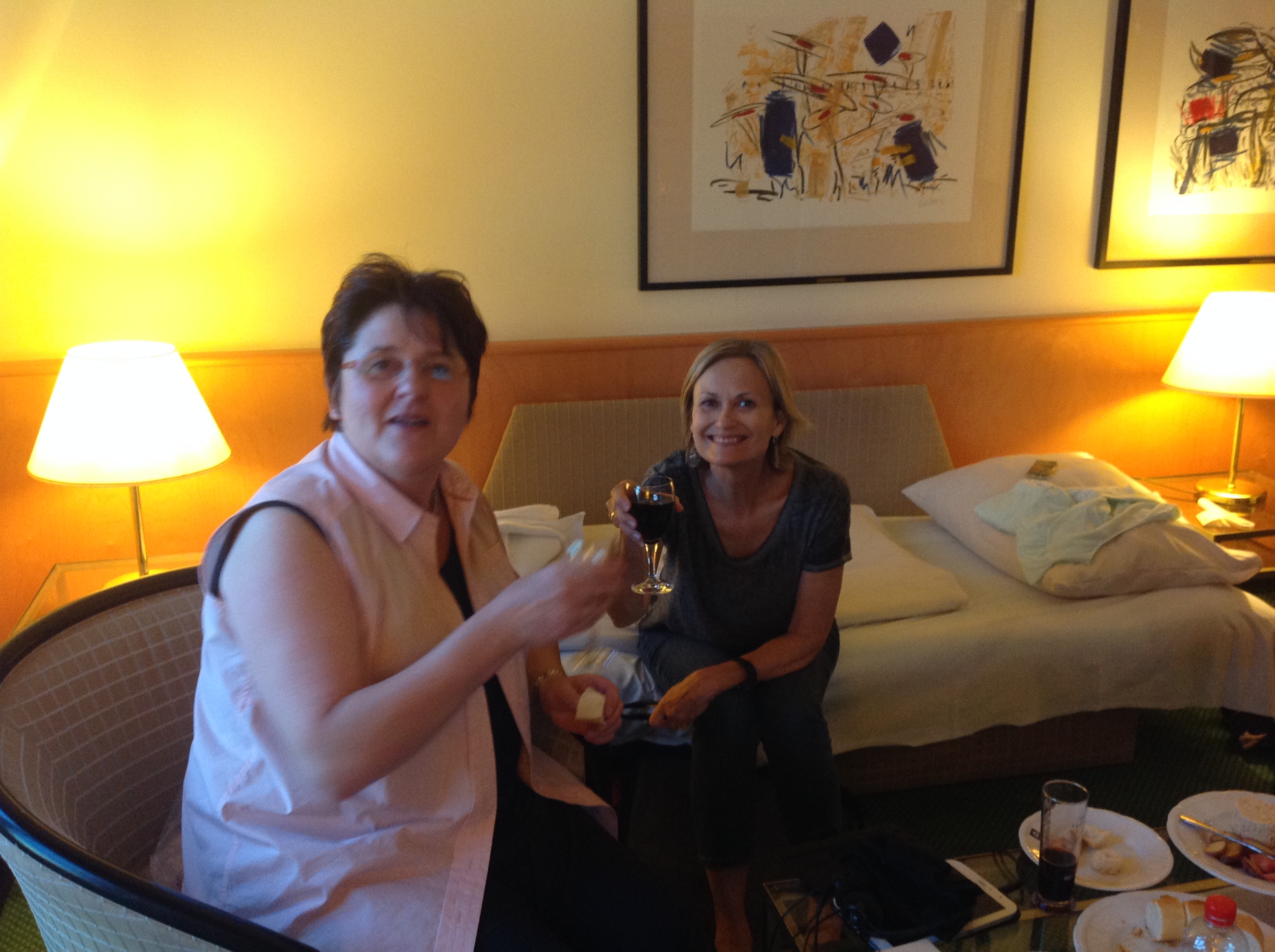 I arrived at Doris’s home, wondering how this whole adventure would unfold. Would I leave three weeks later, feeling I had made a friend? There is no doubt in my mind that the #3 is NOT a crowd. Sharing our adventure with Doris enhanced our trip and we all parted knowing that the trip bonded us as friends. Doris is an extraordinary woman and I am grateful that I had the opportunity to spend time with her (and Bernd!) and call her my friend, as well. 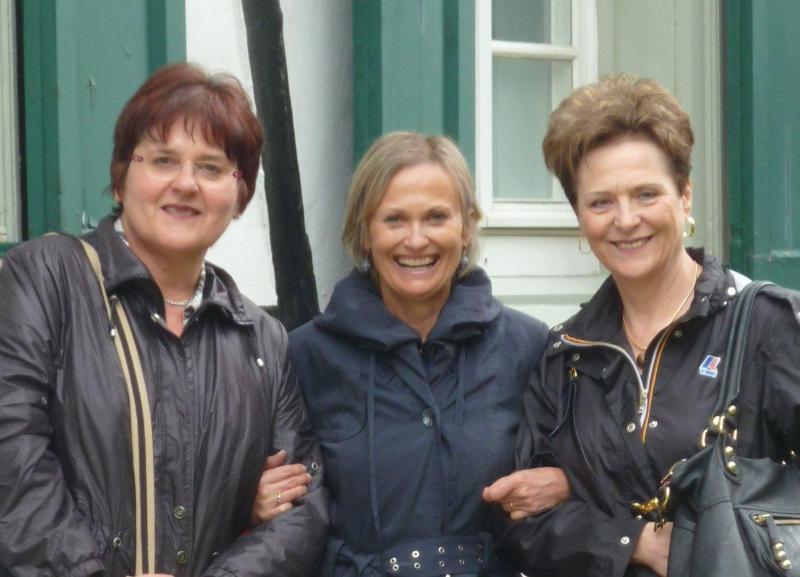 I can only imagine that some of you have had this sort of experience. I find it ironic that at the age of 60, I experienced this friendship angst and friendship building. It sounds like something teenagers and young adults go through, not middle-aged women, right? Anyways, I’d love to hear your opinions and stories related to this. I’m sure this happens at all ages, right? Please leave me your comments and stories, I look forward  to reading them.