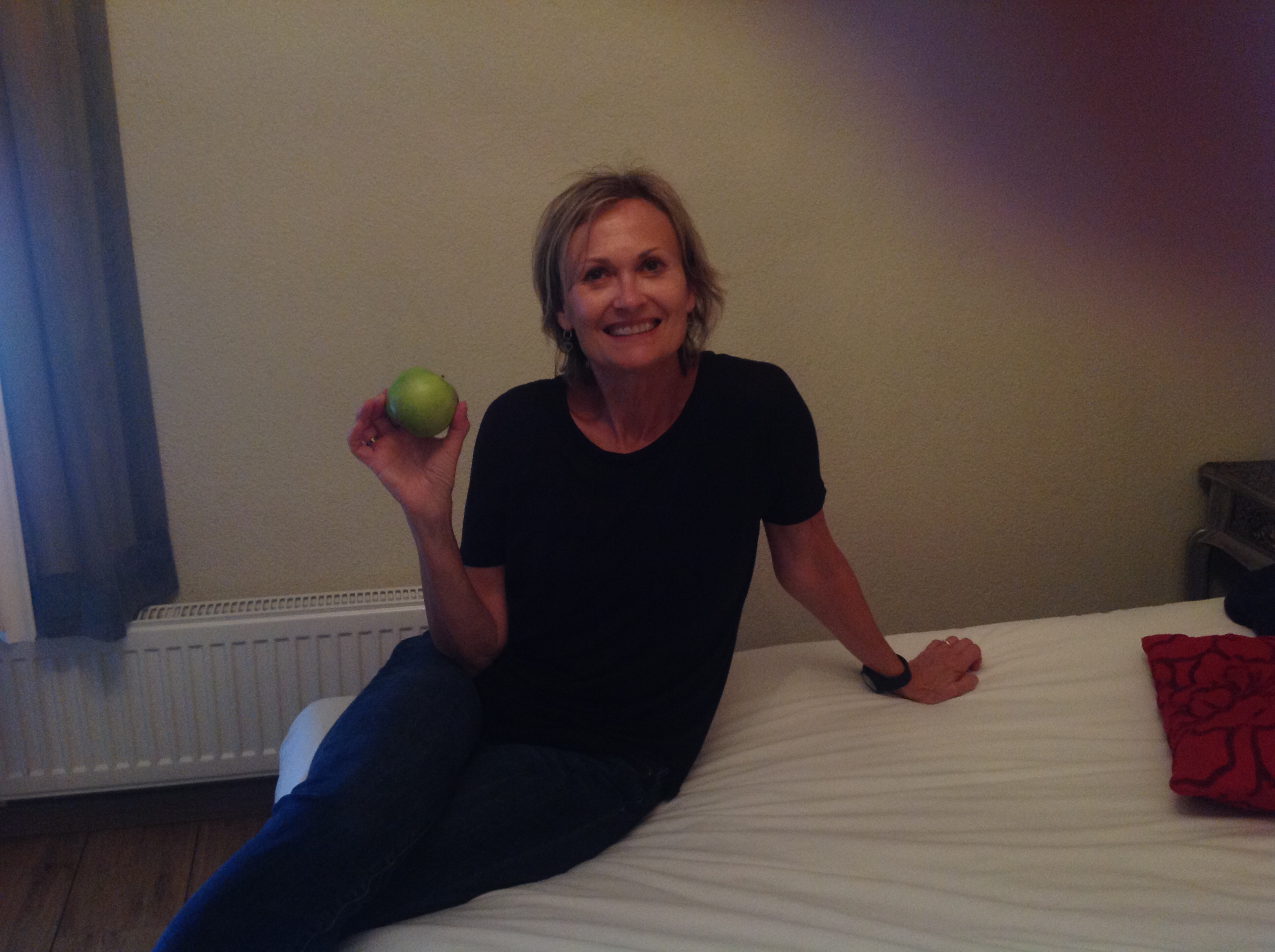 You know you’re sleep-deprived when you’ve sat up the entire 9.5 hour night flight in an economy class seat. The two TYPE A travelers would have coped if they hadn’t started their journey with a 5:00 alarm to make a ferry connection first. And no one sleeps well when relying on one’s alarms going off, right? Certainly, arriving at the airport too early for one’s flight and hanging out in the airport for a number of hours, made for an endless day, before even taking off! … And so their story began.

The real fun started when arriving at one’s destination after being awake for 30 hours. Operating in a fuzzy, brain dead state, it only made sense we’d disembark the train at the wrong station, adding further travel time to the arrival. Once reaching one’s destination, there are introductions, visiting, unpacking, bathing, and dining before ultimately collapsing into bed. Only to awaken 3 hours later, bright eyed and bursting with frenzied excitement. We laughed and chattered through our “HAPPY DANCE, We’re Here!” celebration. And since we were ravenous, we gorged ourselves on treats left for us just in case jet lag hit in the middle of the night. There were 2 floors between our host’s bedroom, and ourselves and yet we’re sure they were disturbed by our raucous. Naturally, as the birds began to chirp outdoors, the 2 happy travelers dozed off. Good luck with that! Our outside shutters were programmed to automatically roll up at precisely 8:30 am, leaving our bedroom flooded in sunlight. Wakey, wakey, rise and shine! You’re in Europe! 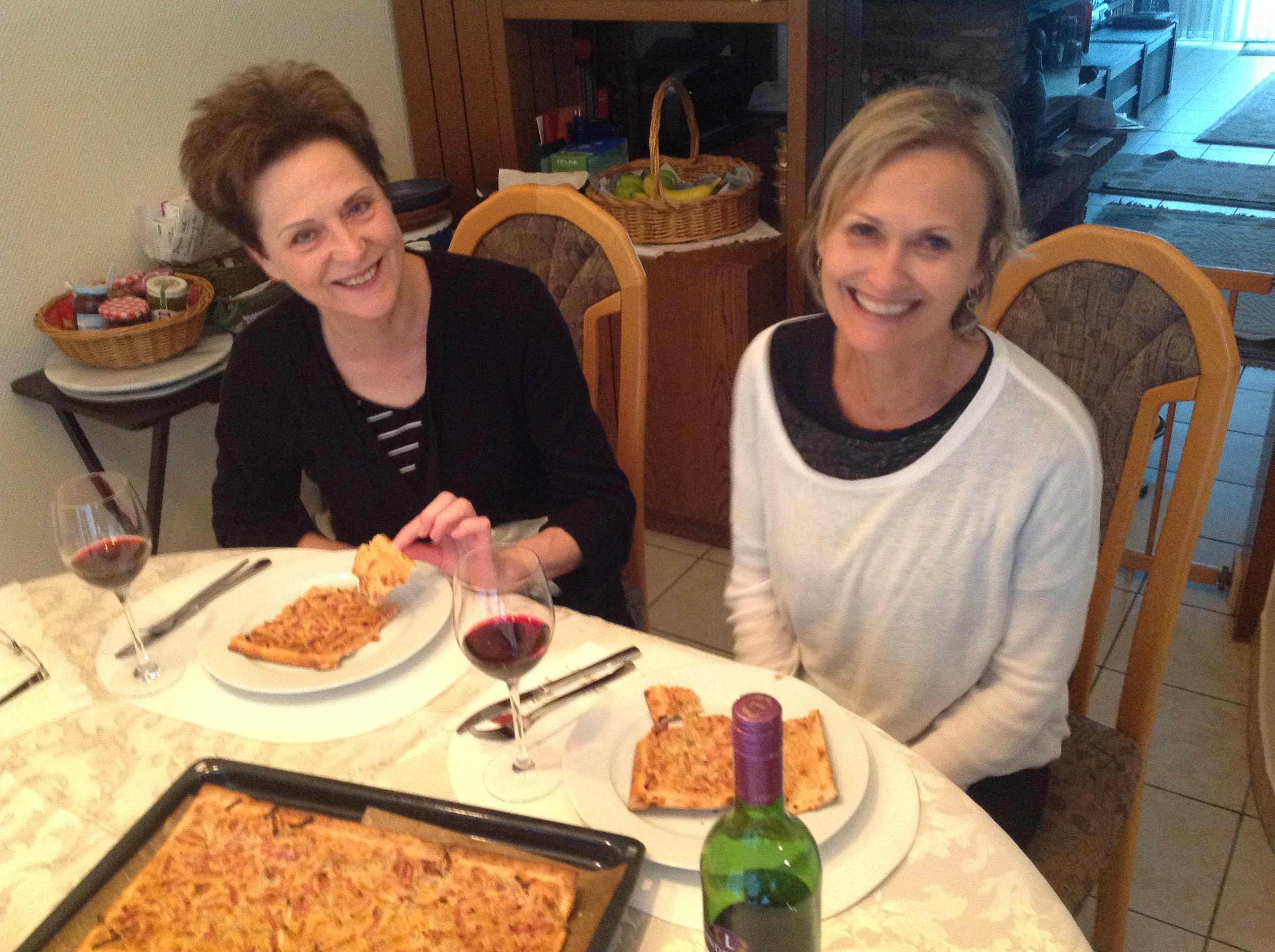 CIRCLES UNDER OUR EYES

Traveling Europe as a tourist- going place to place all within 3 weeks, can be strenuous – definitely NOT in the same category as a Mediterranean Cruise! We seemed to find ourselves in a perpetual cycle of sleep deprivation. There were many factors that contributed to our state of fatigue and yawns:

-Think of the terror of having gas before bed or making the odd purring sound (Certainly not a snore!) while   sleeping.

-The nightly interruptions of taking pee breaks, caused another level of concern in each new hotel venue. Some us can see in the dark and some of us… not so much!

-And don’t we all need to have water by the bedside? Some of us can sip quietly from a plastic water bottle, while others have mastered the technique of wrapping their lips around the neck in the daytime, so that their lipstick doesn’t get disturbed while drinking. Of course, this technique isn’t appreciated in the middle of the night … duh! Imagine just how annoying making the plastic bottle contract with those crackling sounds can be! 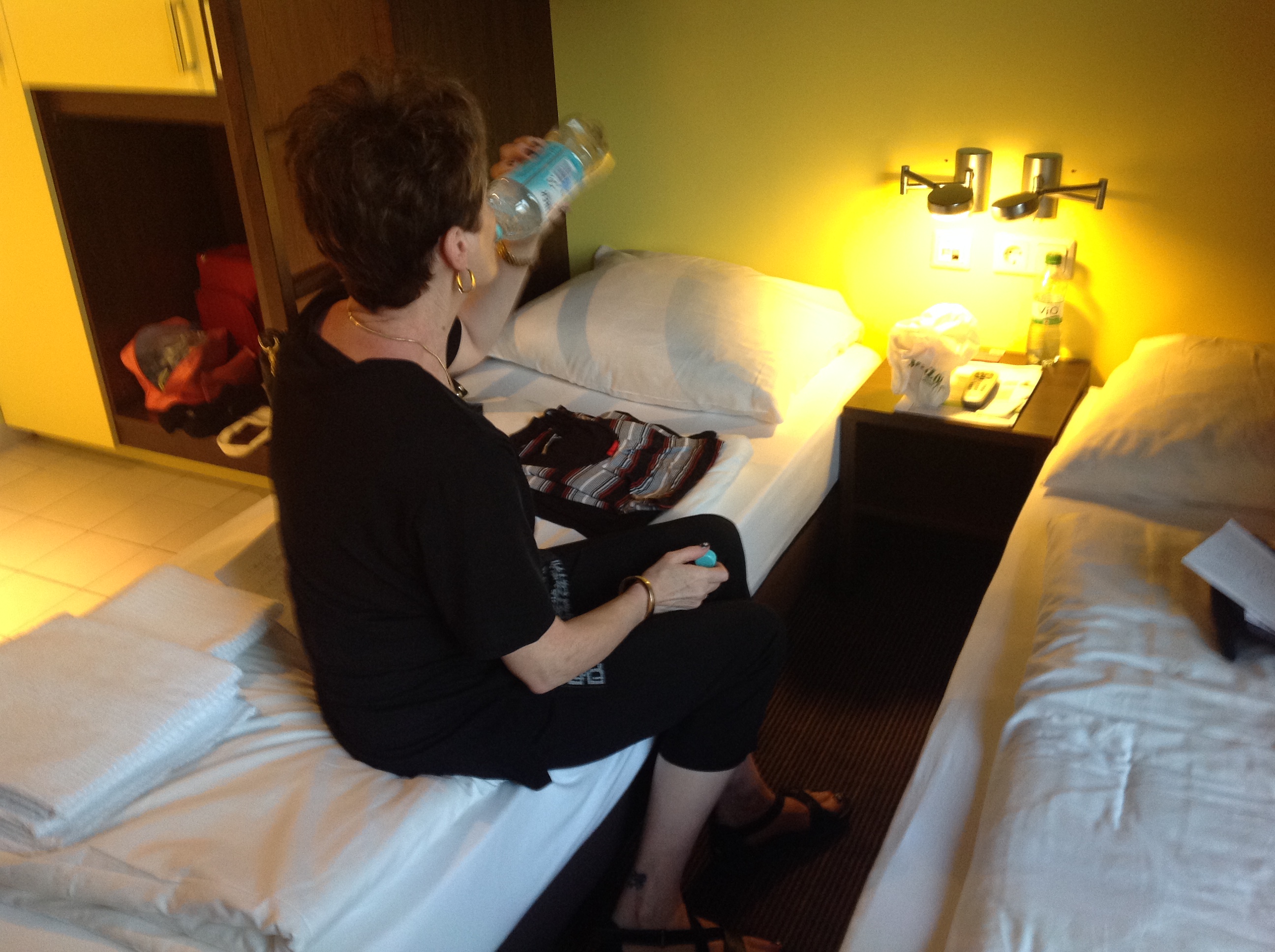 -The more the one with insomnia tries to not disturb their travel partner, the more they do. They can’t get comfy. The pillow is too thick. The bed is too hard. (Absolutely the case in Europe.) No one has heard of sinking into pillow mattresses. Oh no, European mattresses give a whole new meaning to firm. (Envision sleeping on a piece of plywood without any cushioning or give.) HARD! If you had bruises or sore muscles from pulling suitcases or carrying backpacks, one had no relief when hitting one’s bed.

-Most people know that the worst thing insomniacs can do is engage in a conversation. This will only make one even more wide – awake! Imagine trying to control that!

-But what if your travel mate needs to read before bed to unwind and get sleepy, but you can’t tolerate the light, even if it’s just the background lighting on an eReader?

-Oh it’s quite a dance having 2 middle-aged, menopausal women share the same room. Of course, one will function on less sleep than the other and if there is a train, plane or tour bus to catch, she’s going to be up before the birds start chirping, grooming and getting ready. Think HAIR SPRAY permeating the sleeping quarters … OMG!

Sleep deprivation can have some crazy outcomes. It can even affect one’s language skills. While in Germany, my German Canadian travel mate started to thank our servers with, “Danke You.” Or I found myself resorting to French with shopkeepers, forgetting the foreign language of choice was German. One can lose their sense of humor, forgetting to relax and have fun laughing at oneself. It’s natural to get edgy and let things get on one’s nerves. You’ve been there, right?

But realistically, think of the inspiration one experiences when soaking up the ambiance of Europe on a daily diet for three entire weeks. Is it any wonder that one would be over-stimulated by the brilliance and beauty of European architecture and culture? 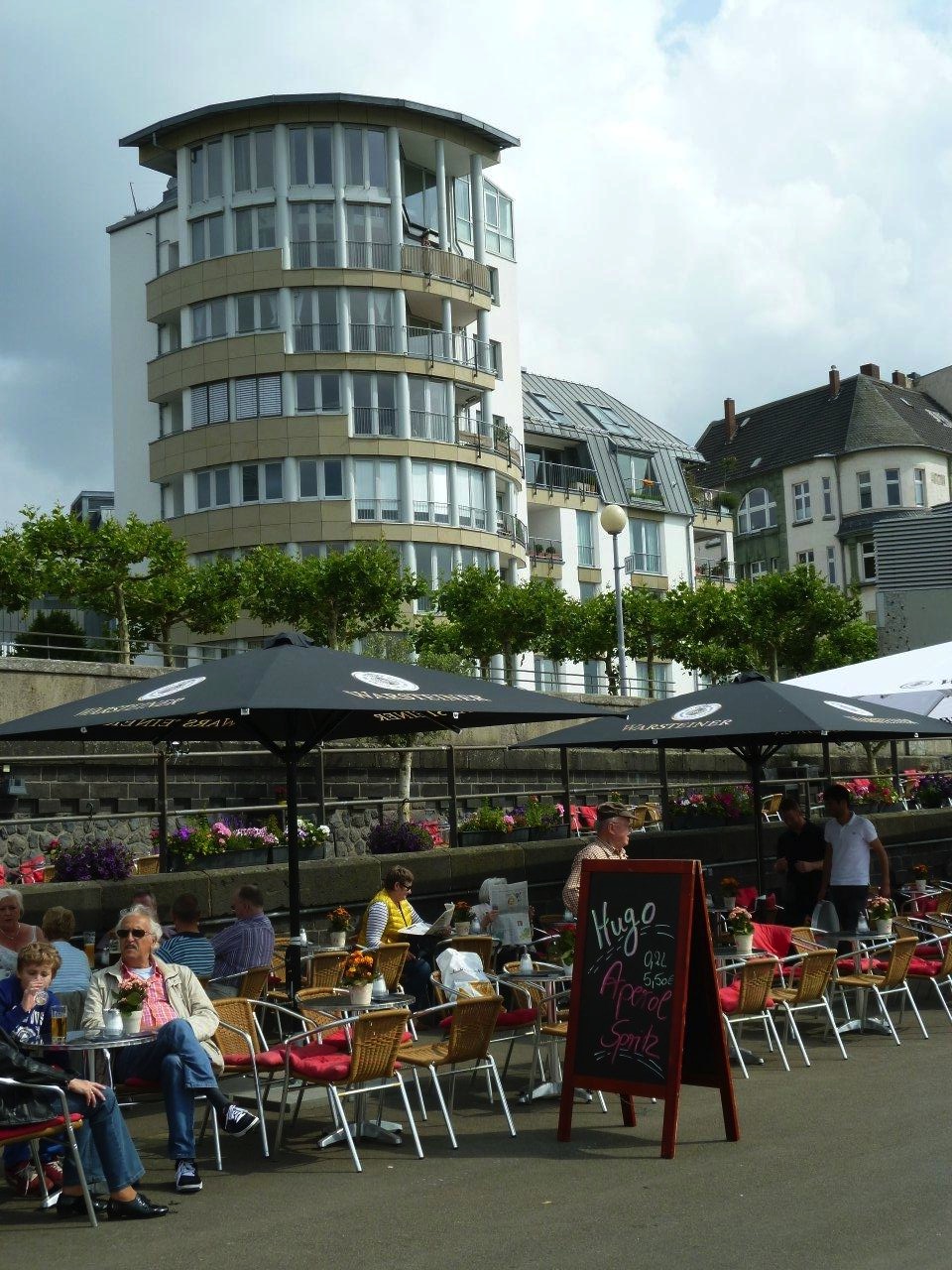 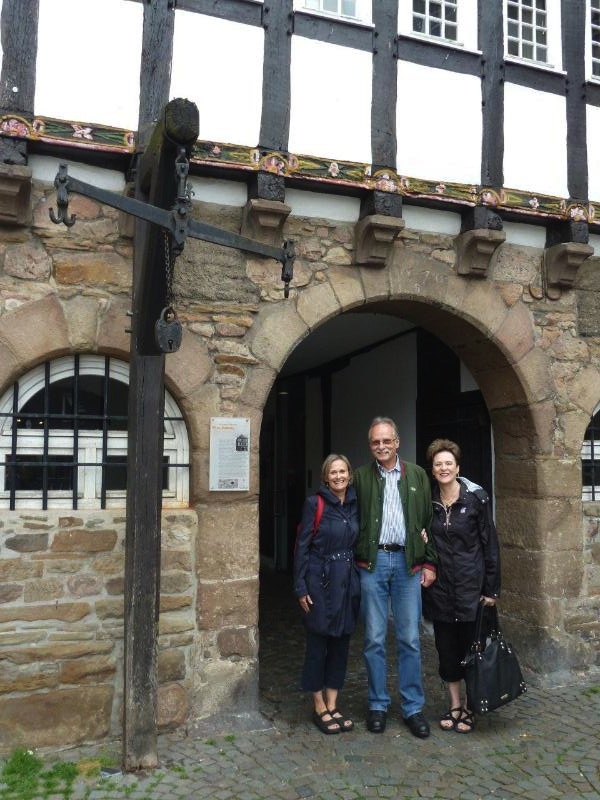 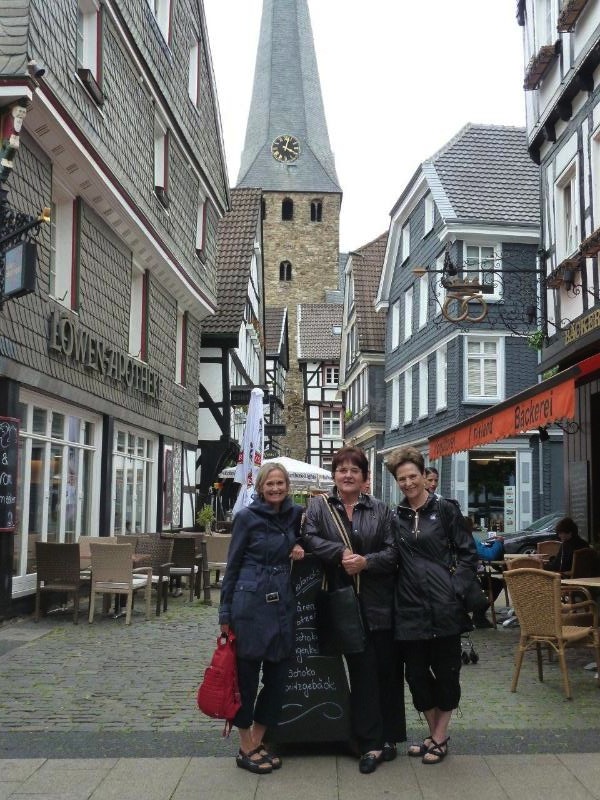 How does sleep deprivation affect you when traveling? Have you ever traveled with other menopausal women? What stories do you have to share? What are some of the more absurd experiences you had while traveling in Europe? Please don’t be shy, leave your stories in the comments section below. I know we’ll be entertained.

AND DON’T FORGET- YOU CAN SUBSCRIBE TO MARY LAUDIEN’S BLOG AND RECEIVE POSTING NOTIFICATION. I’D LOVE TO HAVE YOU VISIT OFTEN!